The earliest traces of cannabis use and cultivation date back to the Jomon Period (10,000 BC – 300 BC) in Japan. Archeologists have found cave paintings with very apparent cannabis plants, featuring their tall stems and distinguishable leaves. The plants, likely a species of cannabis-sativa (hemp), had many important uses that were beneficial to the existence of pre-historic Japan. The strong fibers of hemp were important in clothing suited for extreme weather, bow strings, and fishing lines.

The first physical evidence of cannabis and hemp use was discovered at an archaeological site in the Oki Islands, dating back to pre-Neolithic Japan (8000 BC). The archeologists revealed an abundance of cannabis achenes (dry fruits of the cannabis plant) signifying its importance in the culture. It also implied that the use of cannabis and hemp in pre-Neolithic Japan ranged from clothing to food to psychoactive spiritual aid. During the Stone Age of ancient China (4000 BC), cannabis-hemp was considered one of the major “five grains” in the Neolithic Pan P’o Village and was farmed as a food crop. 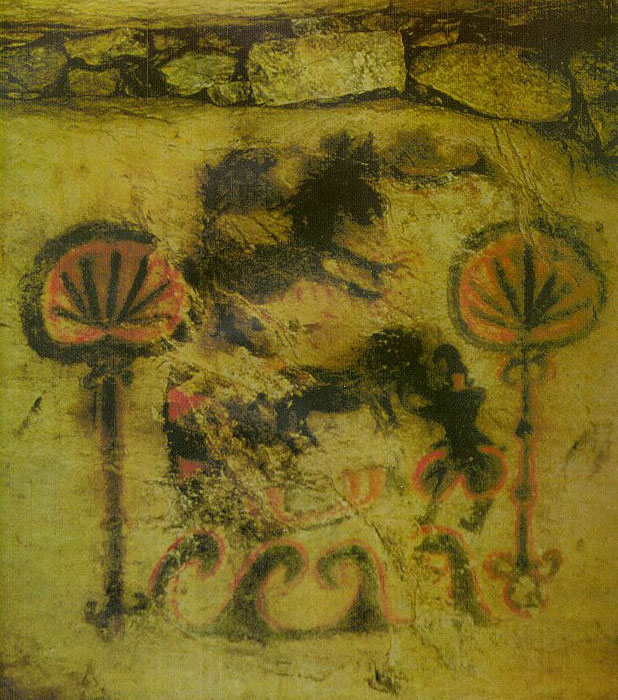 The oldest record of cannabis used medicinally can be found in the materia medica, Pen Ts’ao Ching (2737 BC), the world’s earliest literature on pharmacopeia. Medicinal cannabis was recognized for its therapeutic qualities and treatment for an array of ailments like malaria, gout, and rheumatism by the father of Chinese medicine, the mystical Emperor Shen-Nung. 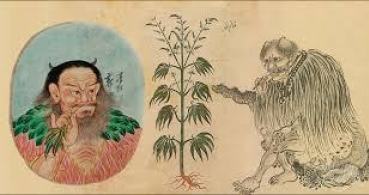 Around 200 AD , Hua T’o, deemed as the founder of Chinese surgery, invented the first anesthetic, this anesthetic was cannabis-based and called “mafeisan.” Mafeisan, which translates to “cannabis boiling powder,” was a concoction of boiling wine with cannabis. Hua T’o used this often to sedate and numb his patients before surgery.

Cannabis is indigenous to the Indian subcontinent; it grows abundantly in the Himalayas and northern parts of South Asia such as North India, Pakistan, and Kashmir. Ayurveda is holistic and an alternative Indian medicine; it first explored the benefits of cannabis between 2000 – 1000 BC. Cannabis was mentioned in the Vedas, a series of ancient holy books on Hinduism. Two parts of the series, the Rigveda and Atharva Veda, discusses cannabis use positively and is followed up in 600 BC in the Sushruta Samhita, an ayurvedic medicine and surgery guide.

The Rigveda, an ancient Indian collection of hymns, mentions a type of elixir for immortality, “soma.” Soma is an intoxicating grassy ritual drink containing cannabis and hemp alongside other holy herbs. Cannabis consumption for its euphoric effects was then mentioned in the Athrava Veda, a Vedic-era collection of prayers, as “bhanga.” Bhanga is a cannabis milk drink and is seen as one of the five sacred plants to bring freedom, happiness, relieve anxiety and woe. The Compendium of Suśruta or Sushruta Samhita is foundational literature for Ayurvedic medicine, this text covered the medicinal administration of cannabis and hemp for illnesses like catarrh, phlegm, and diarrhea in 600 BC. 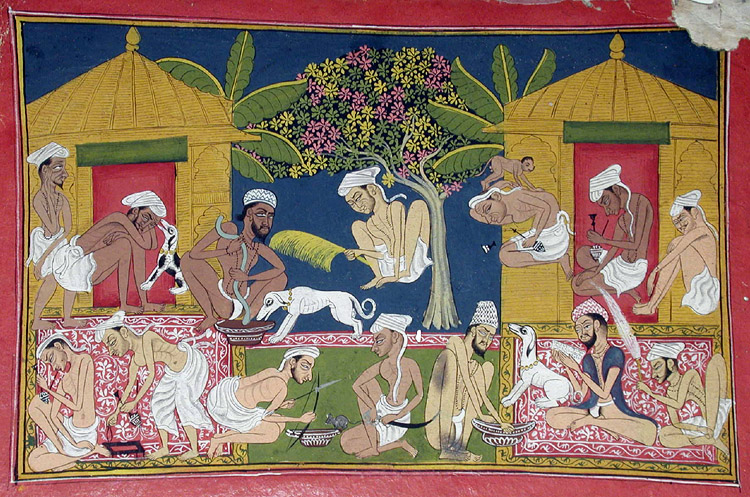 Cannabis use in the Indian subcontinent was rising during the end of the Indus Valley Civilization, this is also considered as the start of the Vedic period 1500 – 500 BC. Cannabis was and still is consumed as a religious practice within certain sects of Hinduism.

Cannabis and hemp have come a long way, but the importance of the plant in ancient history is often overlooked. Ancient Asia truly influenced the initial discovery, utilization, and consumption of cannabis and hemp.